My favorite part by far of visiting the Tower Bridge was venturing into the engine rooms below street level. The green and black coal-powered hydraulic engines reminded me of a giant mechanical grasshopper ready to spring, and made the whole exhibition worth the admission fee. One of the biggest surprises for me during Steam Tour was how colorful some of these old engines are! If you are a fan of engines and haven’t seem my post about the London Museum of Water and Steam don’t forget to take a look.

How it works: “When it was built, Tower Bridge was the largest and most sophisticated bascule bridge ever completed (“bascule” comes from the French for “see-saw”). These bascules were operated by hydraulics, using steam to power the enormous pumping engines. The energy created was stored in six massive accumulators, as soon as power was required to lift the Bridge, it was always readily available. The accumulators fed the driving engines, which drove the bascules up and down. Despite the complexity of the system, the bascules only took about a minute to raise to their maximum angle of 86 degrees.” From the Tower Bridge website. 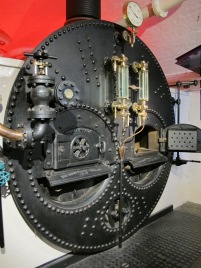 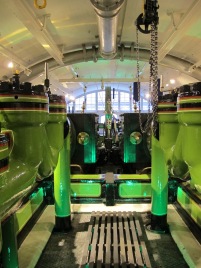 For more information and pictures from my visit to the Tower Bridge, check out Parts 1 and 2. 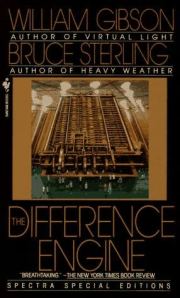 A big part of my Steam Tour is finding out about the historical events and people who influenced the time period reflected in Steampunk books. I love the idea of alternate histories, and many times that is at the core of Steampunk novels, such as The Difference Engine by sci-fi greats William Gibson and Bruce Sterling.

If you are like me and you don’t have a good handle on the real history, I would recommend a quick glance at the wikipedia article about this book before you begin it. There is a great summary there of where and how the alternate history of the novel diverge from real events. I didn’t do this before I started reading and I spent a lot of the book wondering about fact and fiction. 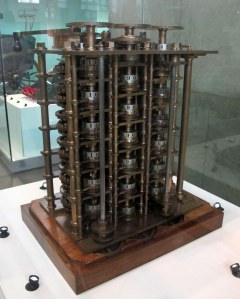 Trial portion of the Difference Engine No. 1, completed 1832

In short, it tells the tale of the trajectory of the world if the computer age came in the 1800’s. The political structures all over the world are deeply effected by Charles Babbage’s completion of his mechanical computers (called Analytical Engines) in 1824, and there are numerous references to a fragmented United States (including a communist Manhattan) as well as historical figures such as Lord Byron, Ada Byron (the “queen of engines”), and Laurence Oliphant in different roles. The English politicial system has been completely dismantled and a meritocracy put up in place of hereditary lordships. The story is mostly told through the eyes of Edward Mallory, a “savant” who discovers the first huge dinosaur bones, giving him the nickname “Leviathan Mallory.”

There were a lot of things I really liked about this book. The descriptive language was excellent and Ned is a great character on whose coattails to ride through the adventure. I loved the shift in politics in response to technology and the parallels between then and now when it comes to the power of information. The authors clearly put a lot of thought into both logically and imaginatively extending the repercussions of the rise of computer technology long before we experienced it in our timeline. 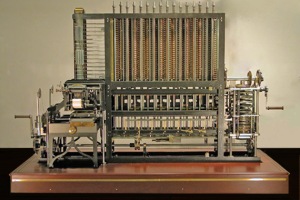 Babbage later designed a simpler difference engine that was not built until the 20th century, on display at the Computer History Museum

On the whole, the story felt a bit fragmented because there are three distinct characters that get followed and the treatment is uneven. The first person you explore this world with is Sybil, and her story comes to an abrupt halt right as it gets really interesting. Then Mallory comes onto the scene and his story is great, but I couldn’t help but wonder where Sybil had gone to. Mallory’s tale comes to a head and he gets what he wants, but he is not actually the agent of change so even though there is a stand-off and big ‘splosions (whoo-hoo!) it felt sort of anticlimactic. Lastly, we trail Mallory’s one-time ally Laurence Oliphant for a little while on his political espionage. Each section was full of wonderful prose, but as a full story it ended up feeling kind of jerky and a bit too long.

That being said, I think it is definitely worth a read for the wonderful writing and imagination of the authors.

Wind and Steam: Transportation and Transitions in New York City

New York City was the beating heart of trade in the United States when the Western world transitioned from the Golden Age of Sailing to the height of steam power. Not long after steamboats started taking passengers (1807) they were scuttling alongside tallships in the New York Bay. There are still a few sailing ships around the bay and the Hudson River today, but they mostly share the waterways with gas-powered yachts and ferries nowadays.

I took a few ferries during my vacation, and anyone who visits the Big Apple should make sure to do the same. It was my favorite part of the whole trip and it afforded some amazing views of the skyline that you can’t get any other way. 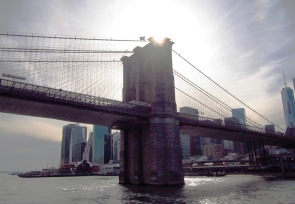 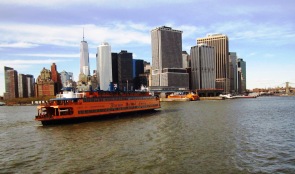 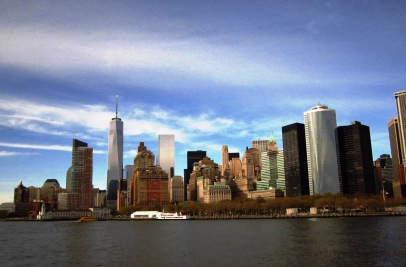 I was surprised by how many colors the buildings of Manhatten came in.

There are several bridges connecting Manhatten to the mainland

New York Bay from the top of the Empire State Building. There is a teeny weeny Statue of Liberty and Ellis island out there.

There’s no way to think about transitions in the harbor without considering the huge number of people who passed through it in order to begin a new life in the United States. Starting in 1820, the city of New York opened an immigration station at a converted fort. Around 11 million people passed through Castle Garden between 1820-1892, but it closed that year because the first federal immigration checkpoint had just been completed. I am referring of course to the US’s most famous point of entry, Ellis Island. This little island is technically in New Jersey and was doubled in size before the checkpoint was built, mostly by using the dirt displaced by the construction of the New York subway system.  The original wooden structures on Ellis Island burned down in a mysterious fire about 5 years after opening, but the beautiful brick structure you still see today was completed around 1900.

I was really looking forward to my visit there and a chance to get some pics of antiques in the recreated tenements, but unfortunately hurricane Sandy ruined the climate control system so most of the museum-type objects had been moved off-site to protect them. As a Museum Studies person I can totally respect the decision, but as a tourist I was really annoyed. The whole first floor contains the Immigration Museum (est 1900), which is cool for adults who are willing to read a lot and look at timelines, but there is not much in terms of interactive or hands-on things for kids (or ADD adults).

Embarkation at Waterloo Docks, circa 1850

One of the biggest influences on the shipping of humans and goods across the Atlantic was the institution of scheduled trips. I know, that sounds silly, but before the war of 1812, ships tended to leave port whenever they had gotten enough cargo or passengers to make it worth their while. This meant that capricious captains could delay people and goods for weeks at time, which was hardly the cause of consumer confidence. But, post-war some captains starting using a set schedule, which made traveling by sea easier and more reliable than ever before.

When the cargo arrived in New York City, it certainly didn’t stop there. The first reliable steam-powered land locomotive was invented by George Stephenson in 1814. Railways had been used for decades before that, but the carts were always pulled by animals. After his invention of the “Iron Horse”, mass transit by rail became possible on a hitherto unimaginable scale. Even locally the trains made a huge difference, linking the five burrows of Manhattan, Brooklyn, Queens, The Bronx and Staten Island, which facilitated their incorporation into a single city in 1898. And at the center of it all is Grand Central Station. 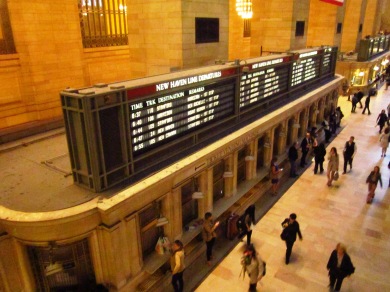 Not one of mine but an amazing shot I found online. Photographer unknown

Despite these restrictions, the Hudson, New Haven, and Harlem Railroads were eager to expand. To coordinate their services (and save money) they agreed to share a new transit hub. With 42nd Street the southern limit for steam engines, it was the logical station location.

Read more at the online exhibit by the New York Transit Museum called Grand by Design.

But where is the Statue of Liberty in this post?! No worries, she gets one all to herself next time! 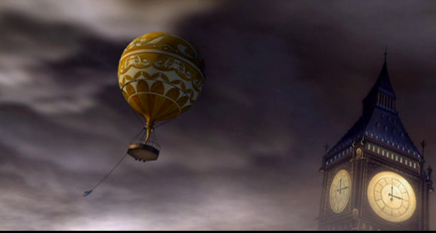 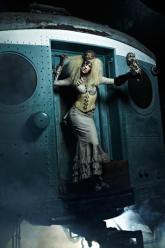 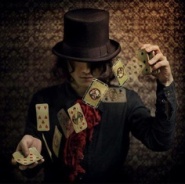 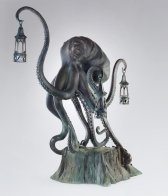 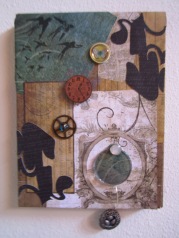 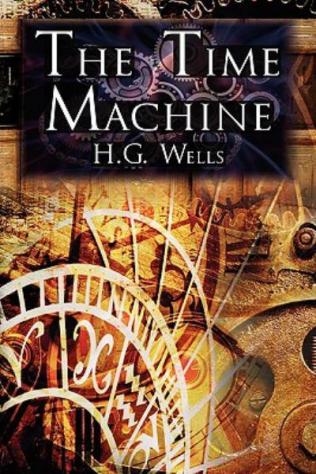 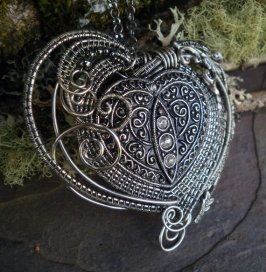 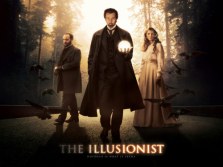 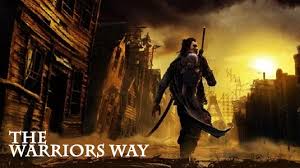 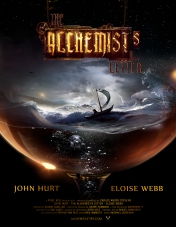 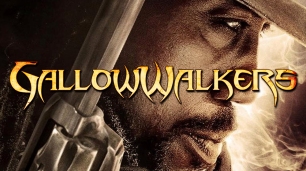 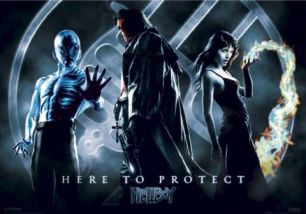 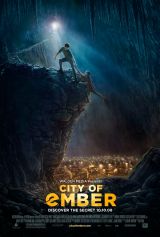 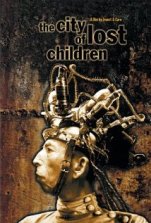 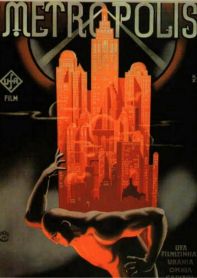 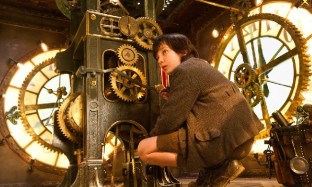 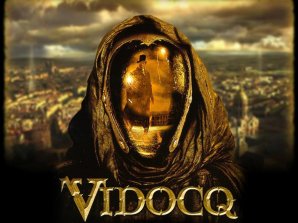